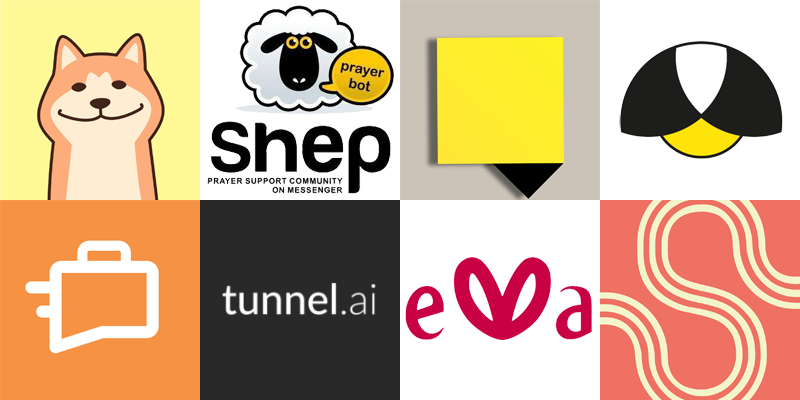 We hosted our third bot demo night at Wilson Sonsini in SF.

It was an interesting mix of bots for productivity, gifting, entertainment, prayers, local, and travel.

Dashbot is a bot analytics platform that enables bot developers and enterprises to increase user acquisition, engagement, and monetization through actionable data and tools.

In addition to standard metrics like engagement and retention, we have bot specific metrics like conversational analytics, sentiment analysis, and the full chat session transcripts.

We also provide tools to take action on the data — like our live person take over of sessions to help lead a user to conversion and increase engagement.

Rhett returned with his latest bot — Akita. The bot enables users to find local businesses, get more information, and leave reviews. With a little “growth hacking” he increased his user base by 15% at the event! 🙂

Rhett has built other bots, including the Black Jack bot, and a bot platform using AWS Lambda functions.

Luke and Tenizen demoed their Slack bot — Avabot. This is a really interesting bot that enables users to run SQL inside Slack.

One of the cool features is the ability to parameterize and save the SQL statements into plain English for others to use. For example, a business analyst could write a sql statement to return the number of sales associates who sold more than a certain dollar amount — i.e. “select count(*) from employees where revenues > 1000”. When they save it, they can create a plain english phrase with parameters for other users to be able to run — like “top sales over {x}” — then anyone can run the query as “top sales over 1000” directly in Slack.

It’s better to give than receive…

It’s fairly easy to use. For example, you can send a beer to a friend. The friend will receive a message and can select the type of beer they want, as well as when they would like it delivered — and then one of Evabot’s “Happiness Agents” will deliver the actual beer.

Automate tasks and todo’s with your own personal assistant.

Sam and Krish recently relocated to SF and demoed Fireflies — the personal assistant bot. In addition to their Slack and Facebook bots, they have a chrome extension that auto identifies and populates tasks from messenger interactions — it can even save events to Google Calendar.

Vic demoed PrayerBot which enables users to ask for, and send thoughts and prayers. You can also send individual messages to users.

Arjun demoed Quest City’s tour bot. Users follow along with the bot as they explore different parts of town.

One of the current tours is a food tour of Oakland, based on the creator Raquel’s real live tour. The bot attempts to simulate the personality of Raquel as it leads users along tour — pointing out areas of interest and asking questions as well.

SnapTravel founder, Hussein, was in town and demoed their hotel booking bot.

It’s a hybrid between bot and human. The bot asks all the initial questions to narrow down the hotel choice, and a live person reviews the recommendations before sending them to the user.

And the answer is…

To round out the night on a fun note, we had James and Max of StreakTrivia demo their trivia bot again.

Every day at 1pm there’s a new trivia game. Users are competing to see who is the last one standing — with the longest “streak.” If you get a question wrong, or don’t answer, you’re out! It’s a lot of fun to play — the suspense between questions, waiting for the results, seeing who’s left, etc — it’s all pretty exciting.

We’ll host another demo night next month. If you’d like to demo your bot, please let us know.